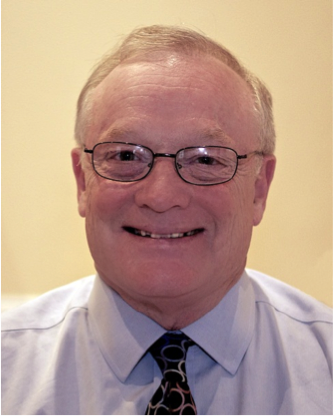 Today is the third anniversary of my appointment as President of IRIS.  It has been a busy three years!  We are still waiting for the outcome of NSF’s review of our proposal to manage, in collaboration with UNAVCO, the NSF’s “National Geophysical Observatory for Geoscience” or NGEO for short. NGEO effectively combines the facilities that have operated under SAGE and GAGE into a single national facility, although it allows for multiple awardees to manage different parts of the facility.  We submitted our NGEO proposal last December.  Last week NSF held a Programmatic Review of the NGEO proposals and we had an opportunity to respond to questions the panel had about our proposal.  Our proposal is also undergoing an independent Cost Review by NSF.  We are not sure when NSF will inform us of the outcome of the review – it could be as early as this summer or as late as the Fall.  As soon as we have any additional information, we will let you know.  Because this is a competitive renewal and we are aware of competing proposals, we have kept our proposal fairly closely held.  Once the NSF review is completed, we will post the IRIS NGEO proposal on the IRIS website.

Another issue on everyone’s mind is potential funding reductions for NSF and other federal agencies.  As I write this letter, more than half way through the fiscal year, we are still on a Continuing Resolution and federal agencies still do not have an FY17 budget.  However, according to news reports, Congressional negotiators have reached an agreement on a spending package for the remainder of this fiscal year.  Although details are not yet available, my expectation is that FY17 funding will be at or near current levels for most federal agencies with some increase in funding for “border security” and military operations.  Fortunately, most of IRIS’s funding for the current year is already in-hand, however, the prospects for FY18 are considerably more uncertain.  On March 16th the Trump administration released its FY18 “Budget Blueprint” that proposed $54B in cuts to domestic discretionary spending and called for substantial cuts to research funding at NIH, EPA, NOAA, DOE and NASA.  NSF was not mentioned in the Budget Blueprint, but a reduction of at least 10% is likely.  A more detailed FY18 budget request will be released by the White House in mid-May.  Congress will, of course, have the final say on the FY18 budget, so let your representatives in Congress know if you are not happy with what the administration proposes.

During the first quarter of 2017, the PASSCAL Instrument Center supported 12 new field experiments while continuing to support 50 continuing experiments from the previous year.  As part of the GEOICE project, the PASSCAL Polar Facility has been conducting in-field testing of the Meridian Compacts and Meridian 120s at South Pole Station and near McMurdo Station in Antarctica.  At both locations, the polar version of the Trillium 120PH seismometer was installed in January for winter-over testing.  The Community Wavefields Demonstration Experiment in Oklahoma made a big splash at the recent SSA meeting in Denver in a session on Innovative Geophone Array Seismology.  This session included 10 talks and 15-20 posters with a significant number of those presentations using data from the Wavefields Experiment.  About 20,000 (!!!) events ranging from M2.2 to M-1.5 occurred under the array during the experiment.

We are gearing up for the final field season to deploy Transportable Array stations in Alaska.  Seventy-nine stations are planned for deployment this summer, mostly in western Alaska (see www.usarray.org/alaska).  The final station count will be ~271 stations, including 195 new stations, 26 upgraded stations, and 50 existing stations.  Plans call for operating the complete network through the Spring of 2019 when removal of stations will begin.  IRIS Data Services is working on putting all of _US-TA data from the lower 48 states and the Wavefields Experiment on a single “data brick”, providing a convenient way to get a copy of these massive datasets.

In other program news, IRIS Data Services will be holding a Data Workshop in Pretoria, South Africa in August.  This year’s USArray Short Course will be held August 7-11th at Indiana University and will focus on processing and analysis of the Oklahoma Wavefields dataset.  The 2017 OBS Symposium is planned for Sept. 18-19th in Portland, Maine (https://obsic.whoi.edu).

With the EarthScope program winding down, the final EarthScope National Meeting will be held in Anchorage, May 16-18th, 2017.  Conference highlights include the opportunity to showcase the latest EarthScope research in oral and poster sessions, hear firsthand results of the pioneering TA deployment in Alaska, and look back at the most important accomplishments of the EarthScope program.  There will also be an opportunity the Monday before the meeting to visit IRIS’s Alaska Operations Center from which the TA deployment in Alaska is staged.  RSVP to Danielle Sumy (sumy@iris.edu) if you are interested.  Early career scientists are strongly encouraged to attend!

If you have any questions about items discussed in this letter, don’t hesitate to contact me.  I will be at the EarthScope National Meeting, so feel free to button-hole me there too.