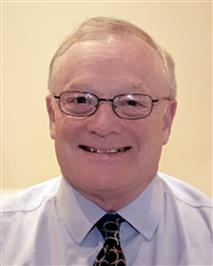 It’s been a busy six months since my last letter to the Consortium. One of the most important events was the NSF-funded workshop held in Leesburg, VA on May 4-6, 2015. The purpose of this workshop, which was attended by over 110 people, was to gather input from the geosciences community on the key scientific questions and facility needs in the solid Earth sciences in advance of the 2016-2017 recompetition of the SAGE and GAGE facilities. The report from this workshop, and associated prior and subsequent community input, entitled “Future Geophysical Facilities Required to Address Grand Challenges in the Earth Sciences”, was released in early September and is available on the IRIS website. The report summarizes a community vision for Centers of Excellence for NSF’s geophysical facilities and describes required facility capabilities in three general categories: Existing Foundational, Emergent Foundational, and Frontier. Kudos to the many members of the IRIS community who submitted whitepapers, served on the workshop organizing and writing committees, and attended the meeting. Special thanks to Karen Fischer and Lucy Flesch, who co-chaired the workshop organizing committee, and Rick Aster and Mark Simons, who co-chaired the writing committee.

IRIS also recently completed a major international review of the Global Seismic Network (GSN) program. The last such major review of the GSN was completed in 2003. The GSN Review Committee, chaired by Art Lerner-Lam, was asked to provide recommendations and advice on ways to maintain the quality, efficiency, and scientific return of the network and to ensure its continued viability as a foundational seismological facility over the next decade. IRIS developed a comprehensive briefing book about the GSN, and presentations and discussions were conducted with the GSN network operators and the Review Committee at the end of March. In a final report, submitted to the NSF on July 15, 2015, the Review Committee provided a comprehensive set of observations, findings, and recommendations. Most importantly, the Review Committee was unambiguous in its assessment of the fundamental importance of the GSN for scientific discovery and earthquake monitoring, as well as mission-agency objectives. IRIS developed a written response to the recommendations and presented a summary of “key action items” to NSF during a briefing on August 31, 2015, attended by EAR Division Director Carol Frost, Jim Whitcomb, Greg Anderson, and several EAR program managers, as well as Bill Leith and Cecily Wolfe from the USGS. Copies of the GSN Review Report and IRIS’s response can be found on the IRIS website.

With new leadership here at IRIS, the end of EarthScope in 2018, and the upcoming re-compete of the management of the SAGE facilities, this is an opportune time to develop a vision and strategic plan for where we want IRIS to be in 2020. In February, at its winter meeting, the Board met with IRIS Senior Managers, Project Leads, and Standing Committee chairs for a 1½ day strategic planning session to discuss these issues. The new IRIS Strategic Plan was completed and approved by the Board in July. It identifies seven major strategic priorities for IRIS, and the tactical approaches, objectives and action items required to address these strategic priorities. The IRIS Strategic Plan can be downloaded from the IRIS website – we’d welcome any feedback you have on this plan. IRIS has also produced an Annual Report for the first time in several years. A copy of the 2015 IRIS Annual Report is being sent to everyone on the IRIS mailing list; you can also download a pdf version of the Annual Report from the IRIS website.

We have had several important personnel changes at IRIS since I wrote you last Spring. Kasey Aderhold joined IRIS as the data quality specialist in the OBSIP Management Office. Mary Baranowski left IRIS after 7 years as our Meeting Planner Coordinator; Krystin Poitra has filled her position. Michael Couch and Doug Bloomquist joined our TA Operations Group in Anchorage as Station Specialists while Doan Nguyen was hired as a Station Specialist in the Lower 48. Forrest Thompson, a software engineer, and Laura Hutchinson, a quality assurance technician, both joined the staff at the DMC in Seattle. Finally, Mladen Dordevic was hired as IRIS’s new web developer.

I want to remind representatives from Consortium Voting Members of the upcoming election of new members to the Board of Directors. This year, elections will be held for three Director positions, each with a term of three years. Nominations are also currently being sought for all IRIS Standing and Advisory committees for terms that begin in January 2016. Nominations (including self nominations) should be sent to CommNom@iris.edu. A list of current IRIS committees, their charges and current committee members is available on the IRIS website.