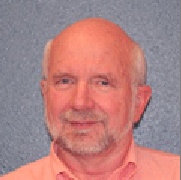 With a very heavy heart, we say farewell to Jim Fowler, who passed away on February 25, 2014, after a lengthy battle with cancer and Parkinson’s disease. Jim began his career at IRIS in 1985 as Chief Engineer in Washington, DC, and later became the first manager for the PASSCAL portable instrument program. In the late 1990s, when New Mexico Institute of Mining and Technology was selected to operate the IRIS PASSCAL Instrument Center, the nation’s sole lending library for research seismological instrumentation, Jim moved back to his home state of New Mexico. Jim stepped down as the PASSCAL Program Manager in October 2010 after 25 years in that position, but continued as Senior Advisor for Engineering and Instrumentation until he retired in February 2013 and moved back to Maryland. Jim is survived by his wife, Cynthia, whose grace and hospitality have endeared her as a part of IRIS’s extended family, and two sons, Dave and Jeff, and their families.

Jim led PASSCAL through an amazing period of formation and growth. Under his direction, PASSCAL developed unique new systems for data collection, acquired hundreds of broadband sensors and thousands of active source instruments, supported more than 800 experiments (producing almost 2 million station-days of data), and established a broad suite of support and training services for the academic community.

When Jim started PASSCAL in 1985, most field acquisition systems used cassette tapes for data storage, short period sensors and internal clocks. Jim initiated an exciting development program that quickly moved from a "PASSCAL Bus Interface", to the first (barely) portable REFTEK white boxes, to smaller compact field units - with new-generation 24-bit digitizers and (relatively) high capacity disks - and on to the Texan single channel instruments. By fits and starts, GPS clocks and solid-state memory revolutionized the ability to sustain accurate timing and continuous recording over extended deployments. Jim encouraged multiple vendors to work on the adoption of feedback systems in broadband sensors (initially developed for permanent observatories) that were small and rugged enough for remote field deployment. He doggedly held to the importance of well-designed power systems and the use of satellite communication for retrieving state-of-health - efforts that have now led to winter-over capability and data retrieval under the harshest of Antarctic conditions.

While Jim's technical talents were a key factor in the successful development of a new generation of portable instrumentation, his contributions to PASSCAL and IRIS extended much further. He appreciated that there was more to a successful experiment than just hardware. The support services to principal investigators and their students that evolved under his leadership  - training, field support, hand-holding, trouble-shooting – all contributed to a sense of a PASSCAL family, based on mutual support and respect, that has impacted scientists and their careers throughout the world.

In recognition of Jim’s contributions, the Jim Fowler Seismometer Testing Observatory, a state-of-the-art seismometer test facility at the IRIS PASSCAL Instrument Center, was dedicated to Jim in March 2012. This facility, with massive piers, low-noise and high temperature stability, is designed to test and calibrate sensitive broadband seismometers. In the last two years alone, thousands of PASSCAL and USArray sensors have been tested in this facility. The dedication ceremony in 2012 concluded with the unveiling of a plaque on the exterior of the building that is made of the same granodiorite as the slabs that top the piers.

Jim's ability to engender a strong commitment of service to the seismology community and support for principal investigators and their students in carrying out the very best field programs helped set a standard and develop a culture that is at the core of IRIS success and continues to define the Consortium today.

Jim’s energy and vision will be greatly missed, but his legacy to national and international seismology lives on.