Twenty-five years ago, on May 8, 1984, the Incorporated Research Institutions for Seismology (IRIS) was formally certified as a 501(c)(3) non-profit corporation in the State of Delaware, organized exclusively for educational and scientific purposes.

The purposes for IRIS, stated in its Certificate of Incorporation, transcend the intervening years:

This action of the broad seismological community was represented by seismologists at 18 Universities and Institutions across the United States, who served as the first Directors of the Corporation:

The first meeting of the IRIS Board of Directors took place later in May at the American Geophysical Union meeting in Cincinnati, Ohio, where the first Executive Committee of the Board was elected:

Later in 1984, the visionary $281M (10-year) IRIS "Rainbow Proposal" was submitted, initiating IRIS as a major facility for the National Science Foundation. For more on the history of IRIS, download the paper "IRIS - A University Consortium for Seismology" by Stewart W. Smith and published in July 1987 in Reviews of Geophysics. 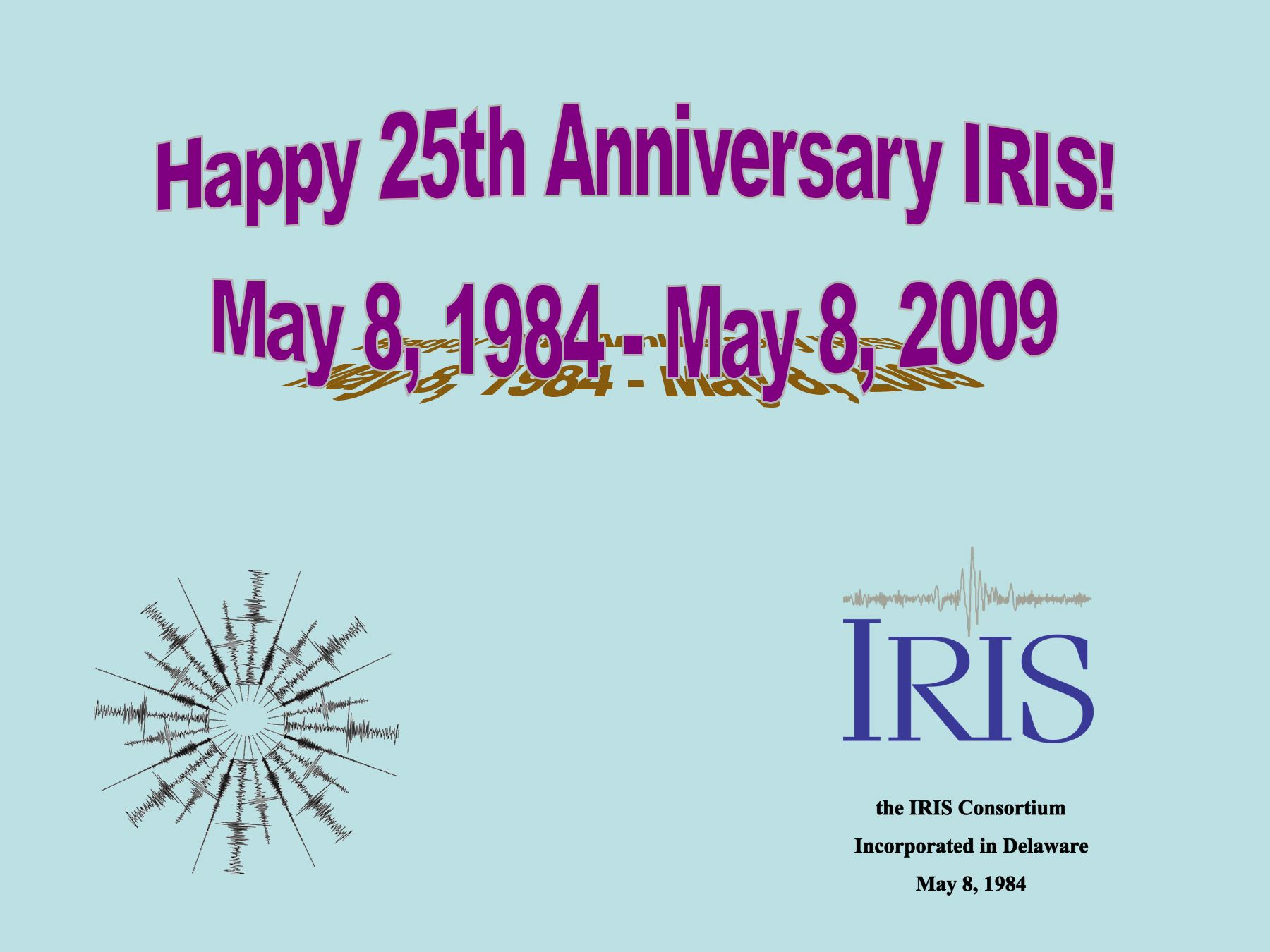